Ahoy there Boatbloggers® and welcome back to another action packed edition of The Boatblog.

We are currently anchored between Vila Real de Santa Antonio in Portugal and Ayamonte in Spain, at the mouth of the Guardiana River. We are waiting for the tide to turn so that we can get past the bar and on to Cadiz. Ju has often had difficulty getting past a bar, but in this case it is a sand bar and we need to wait for high water so that we don’t run aground. We’ve spent the morning clearing out a blockage in the holding tank, and putting in new joker valves. Those of you who are sailors will know that there is not much to laugh about changing a joker, and those of you who don’t know what it is – keep it that way.

We have spent the last ten days or so up the Guardiana (ooh Matron!) and very nice it is too. Though to get there you have to go under the bridge, which from a distance doesn’t look too bad…. 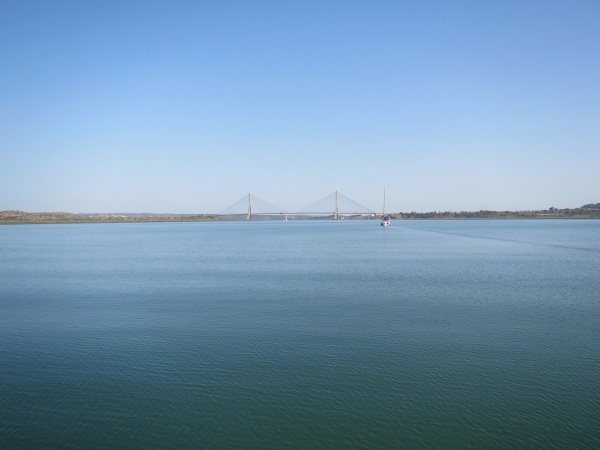 But in actual fact, there is only 20.5m of headroom at High Water. And Domini is 20m high. So that’s 50cm clearance. But does that include the Windex on the top of the mast? Or The VHF ariel? Hmmm…not sure…

Not for nothing is it known among the locals as The Ex Lax Bridge.

Our friends Ray & Kath on Cady waited for us to go through first and then followed on behind. 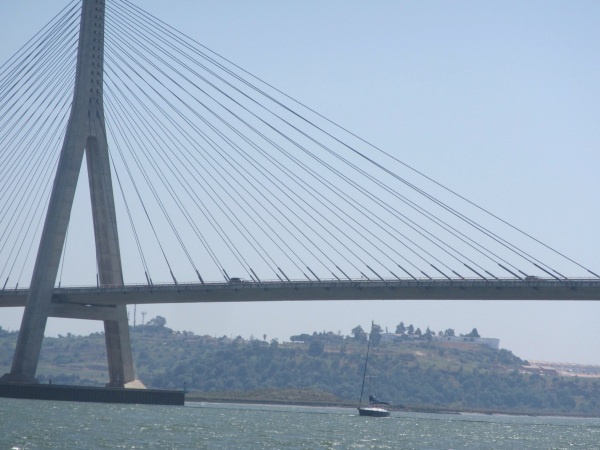 Safely through, we motored up the river. And very lovely it is too. 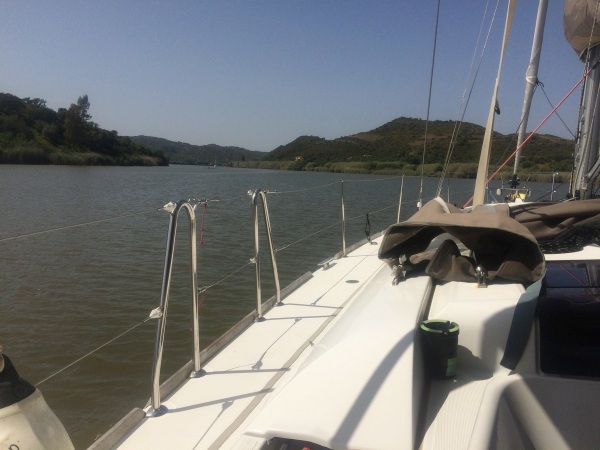 Though to be honest, I don’t think river cruising is for us. You have to concentrate too much! It’s not like ocean sailing where you set the sails, switch on the autopilot and go and make a cup of tea and have a kip. You actually have to steer round the bends, watch out for floating logs, keep the right side of the buoys, and all that palaver.

But at last we arrived at Alcoutim, about 20 miles up river. It is right on the Spanish/Portuguese border, so we had the dilemma of not knowing which courtesy flag to put up. But no one seems to bother too much. 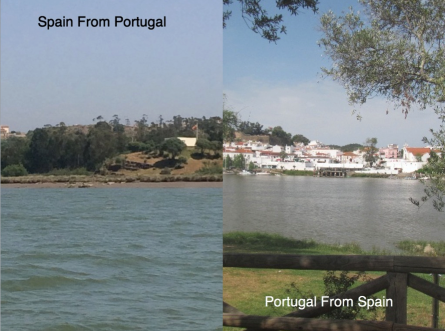 Though maybe after Brexit we’ll need to take our passports every time we get in the dinghy.

Talking of which, …there are three ways to cross the river. 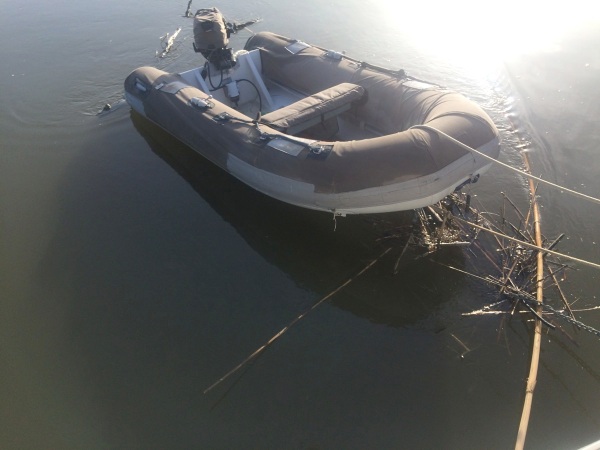 But that gets clogged up with floating branches. 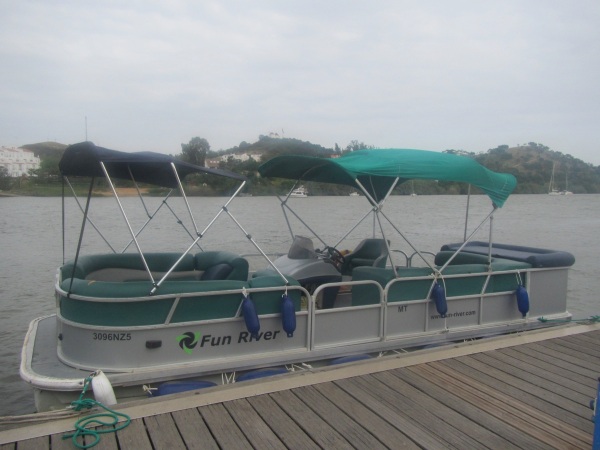 But that costs a euro!… 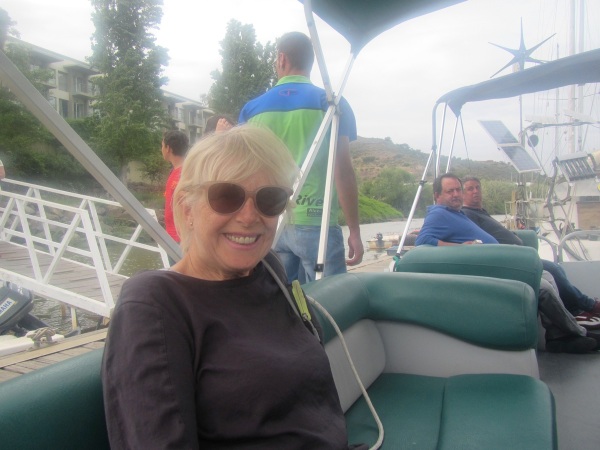 and is comfy – but dull.

Or there is always…

The only one in the world that crosses an international border. 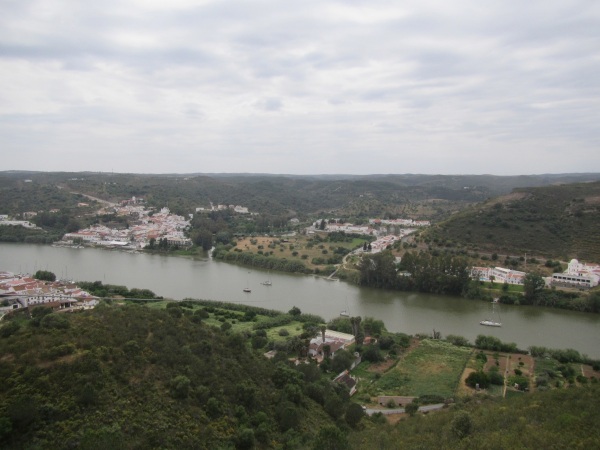 It only takes a minute, and because Portugal is an hour behind Spain, you actually arrive fifty nine minutes before you leave.  At first, Lyn wasn’t too keen… 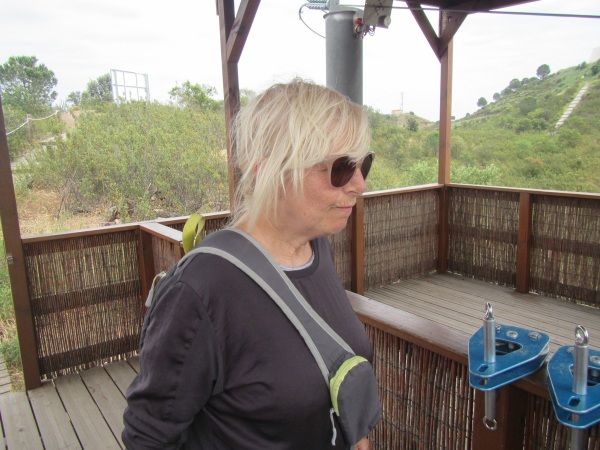 but so long as you approach these things in a calm and professional manner, there’s nothing to worry about.

The hour time change can get pretty confusing, and plays havoc with your iPhone which keeps resetting itself every time the boat swings on the anchor. Still, on Ju’s birthday it meant that if we stayed in Portugal he was fifty four for an hour longer. 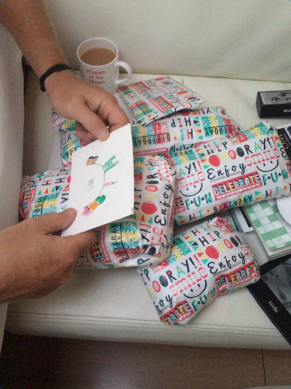 Happy Birthday Ju! He’s started telling everyone he’s sixty seven, because that way at least everyone tells him he’s looking good for his age.

We were lucky because while we were in Sanlucar on the Spanish side, it happened to be the Festival de la Virgen de la Rabida. (Ju has been learning Spanish and can inform our readers that this roughly translates as The Festival of the Rabid Virgin.  Lyn checked on to Google translate and apparently Rabida means rhubarb, which seems even more unlikely.) 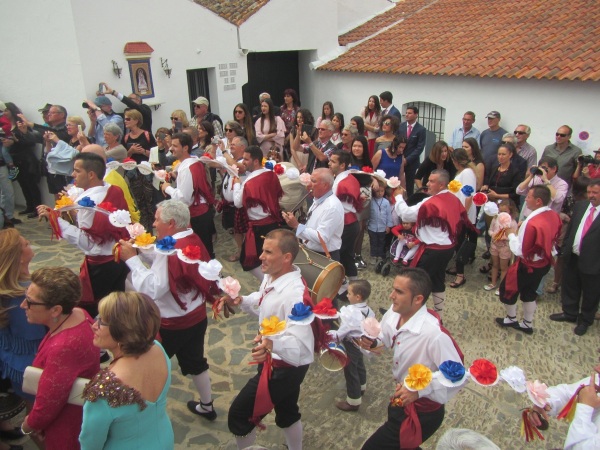 It was a bit like Morris Dancing but without the clogs.

They threw flowers over everyone… 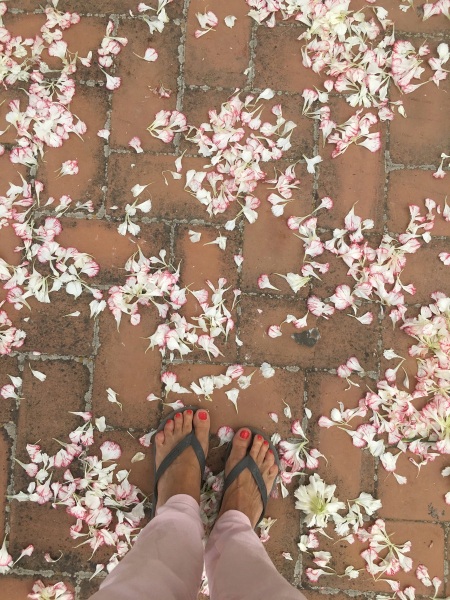 But by the time the rather funereal band started up, 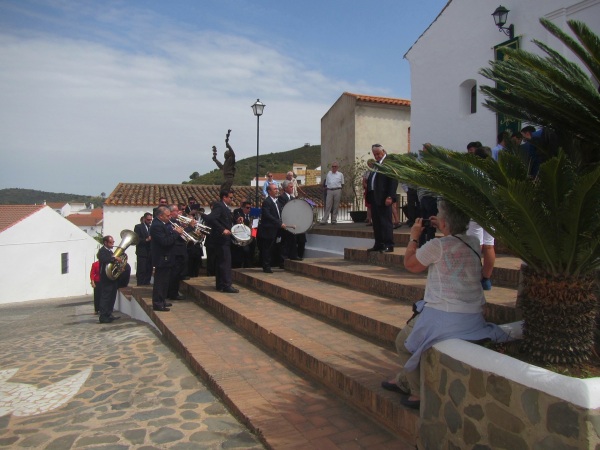 …it started to feel a bit like we were on the set of The Godfather. 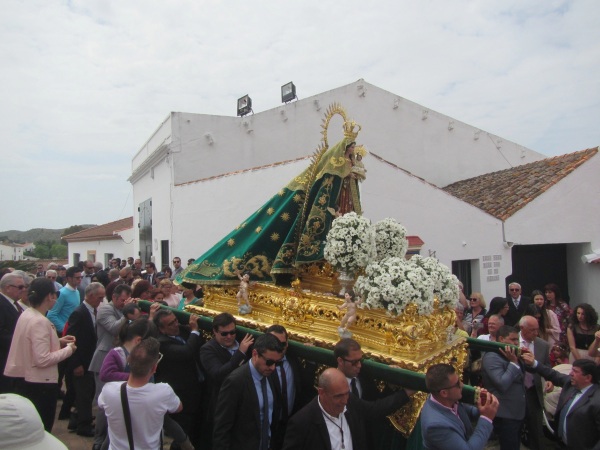 But it was all very charming, and Spanish and lovely.

But it hasn’t all been fun and games. Ju had to go up to Lisbon to rehearse the ballet that he is writing for the Companhia Portuguesa de Bailado Contemporaneo. They needed him for the photoshoot – with celebrated photographer Rui Aguiar. 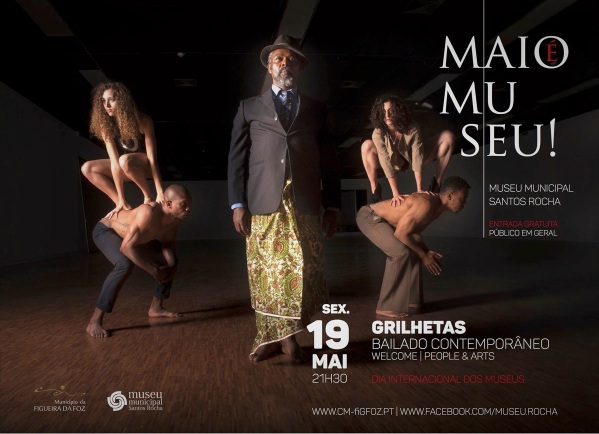 Unfortunately, Ju didn’t make the final edit. He suspects that this is because since he had to take his top off,  his muscular physique was showing up the dancers.

Apparently, to keep this fit and toned, the dancers do a three hour gym session every morning. And that’s before they start dancing. (To get a physique like Ju’s, we recommend a full English, and sitting around all day on a boat in the sun.)

But now for this edition’s arty farty prize. First entry is a selection from Lyn, based on all things circular… 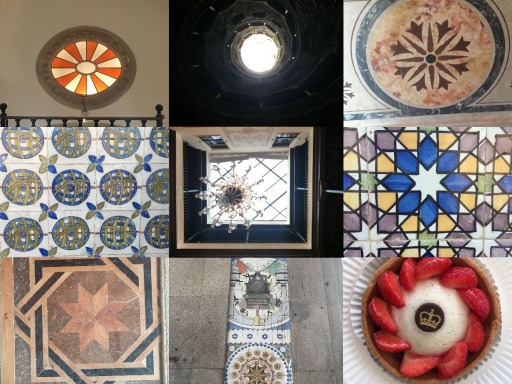 Next is this piece, rather imaginatively called, “Old Building.” 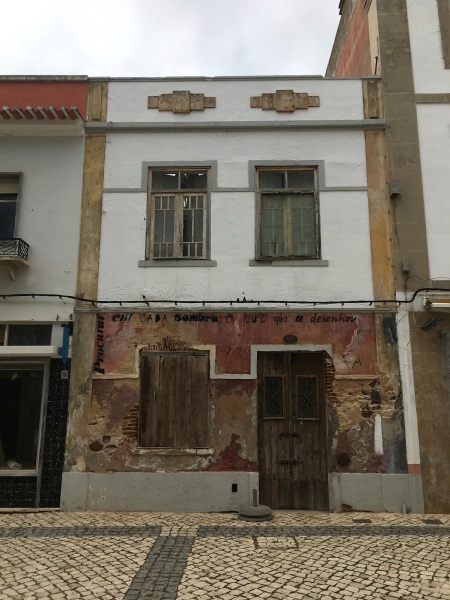 But it wouldn’t be a proper Boatblog® without the obligatory sunset. 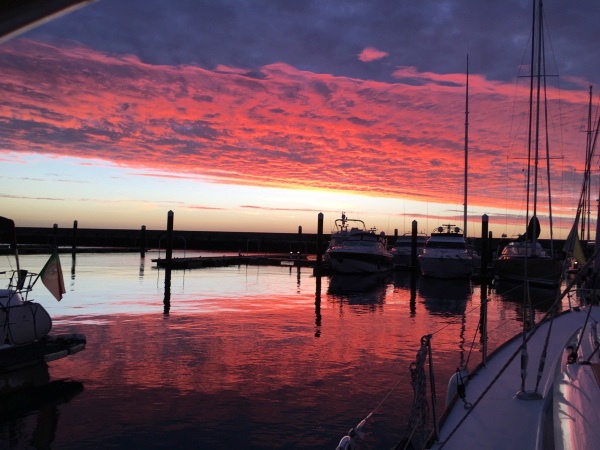 There’s no filters or anything fancy on that picture. The sky really was that red.

But now we bid a fond Tchau to Portugal, and say Hola Espana!

7 thoughts on “Carry On Up The Guardiana”