And huge apologies for the long radio silence, but do not worry. The All New Improved Boatblog is back and here to stay! Well, the only thing that’s new and improved is that Ju has found out how to make collages out of the photos, but that’s a pretty good start.

Here at The Boatblog.com we strive never to bore our readers, which is why we haven’t been posting articles. Since our last blog we have been simply retracing our steps from Southampton to where we are now at Ayamonte, (That’s where Portugal meets Spain on The Algarve coast) so there has been nothing new to show you.

But nevertheless, let’s have a quick recap of what we have done since we arrived back in the UK on the Queen Mary, and Domini arrived back on an old tramp steamer.

See what I mean about the photo collages. Pretty good eh.

We had Domini refitted by the legendary Chris Warwick at Universal Yachting (www.universalyachting.com). While that was going on, Ju – now a qualified skipper but still modest with it – did a couple of yacht deliveries across the Bay of Biscay and beyond. As newly recruited yacht delivery crew, he is pleased to report that there actually is a job that pays less than musician. It may not be well paid, but doing a delivery can be exciting. One of our crew fell ill and we had to call out the Search & Rescue helicopter.

We’re pleased to report that our stricken shipmate made a full recovery in hospital.

Meanwhile, our exploits in the Caribbean haven’t failed to be noticed by the yachting press. Here is just one article from a selection of one.

Don’t worry, we’re trying not to let the fame and all the public recognition go to our heads.

As soon as Domini was all shipshape and Bristol fashion, we set off again. Across the Channel, over Biscay, down the coast of Spain and onto Portugal, where we decided to stay for the winter. In a little place called Cascais just outside Lisbon. 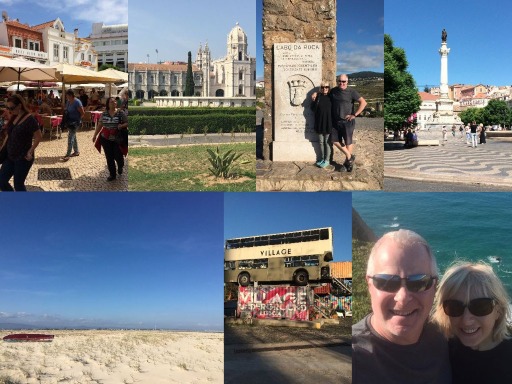 We had lots of visitors… 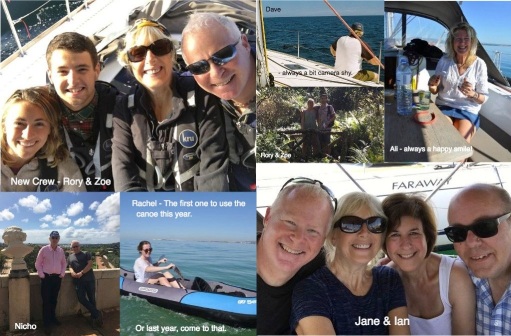 …and when you visit Cascais, the one place you have to go is Sintra. It’s like Disneyland, but for real, with lots of secret caves and tunnels, and underground gardens, and secret stairways. Perfect for big kids.

Portugal is rightly famous for it’s fish. They eat fish with their fish. A common meal is fish soup, followed by fish, and then fish ice cream. Ok so I made the last one up, but you get the idea. 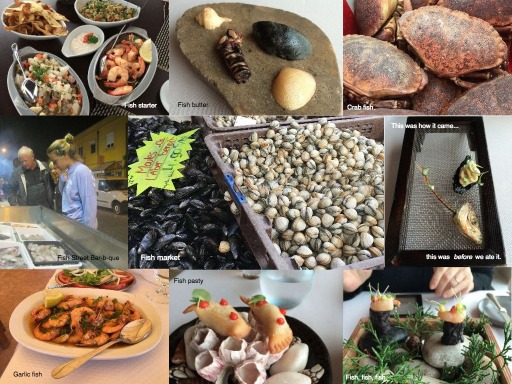 It’s a shame that Ju doesn’t really like fish.

Though he’s acquiring a taste. It’s that or piri piri chicken every day.

Sometimes lounging around on a boat all gets a bit too much, and you need a break. We went to Oslo to see the our friends Paul Martin and Jon Ensor open their new show – “The Miracle Men.”

A fantastic show. But to be honest, going straight from Portugal, Norway is a bit bloody cold.

One of the many great things about the sailing life, is that you make lots of fantastic friends, with gorgeous boats, in fabulous places. Rob and Frances Lythgoe on Alia Vita are just such a couple and they invited us out to Belize. Well…it would be rude to say no. 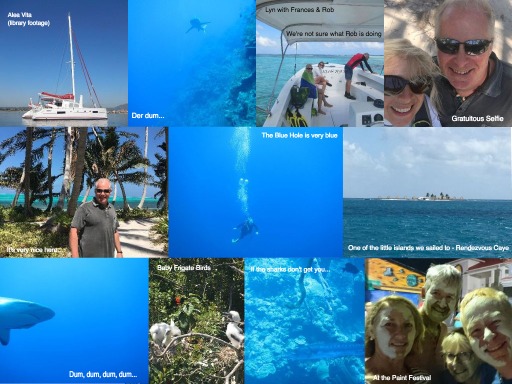 Of course when you visit fellow yachties, there is always something from home that they need, whether it’s a new toilet pump, a winch handle or whatever. As a guest, you are of course honour bound to bring it out with you when you visit and Rob & Frances were no exception. The thing they were missing was HP brown sauce. The problem was, we were travelling hand baggage only so we couldn’t take a bottle of supersize HP onto the plane as it was over the 100ml limit. Ju tried to decant some into one of the little travel bottles that they give you and claim it was aftershave, but it didn’t work. There was only one solution. 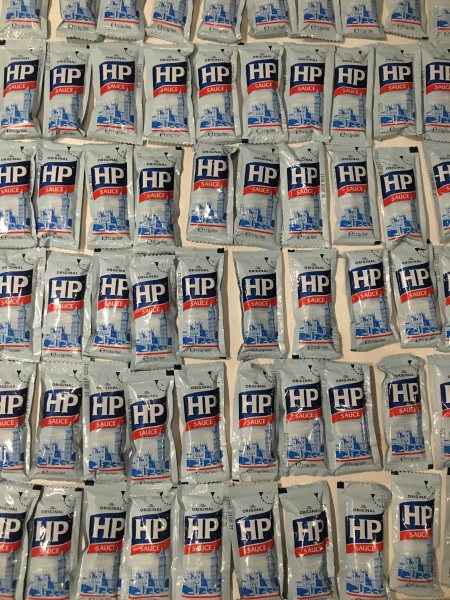 The diving and snorkelling in Belize is incredible. This is a feeding frenzy of sting rays and nurse sharks.

The sharks get pretty close, but Lyn managed to tip toe away to safety.

To get to Belize, we had to go via Mexico. And as it happened Alice and Ben had just started their Central American gap year, so we were able to meet up with them. And by a huge co-incidence, Rory was in Mexico doing a photo shoot – so we all met up.

We did feel sorry for Alice and Ben. They have been saving up for years to finally get away and have their own special holiday. And two days after they arrive – we all turn up!

But it wouldn’t be a proper Boatblog ® without the Arty Farty prize, but because we have so many collected over the year, we have put them together into one. 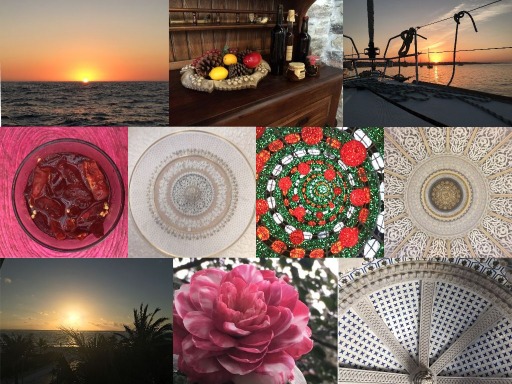 But the winner is Rachel for her spectacular, Sunset over Culatra.

The prize for trying their best goes to Ben and Alice for these creations, which believe it or not they made themselves, as part of a course in Mexican art.

It’s hard to believe that they’ve never done it before.

That’s it for now Boatbloggers®.

By the time you read this we shall be in Spain and heading towards the Med, so watch out for more exciting episodes.

11 thoughts on “The Boatblog® Returns”