Greetings from Port Louis in Grenada and welcome back to another exciting instalment from the Windward Islands.

As the title suggests, my nephew James…

and his girlfriend Emma… 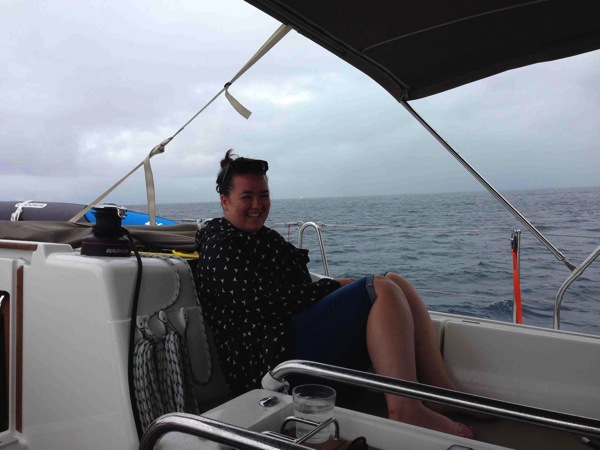 ..came to visit for the last couple of weeks, and very nice it was too.

We met them in St Vincent, and then we took them on a whistlestop  tour of the Grenadines. James bought his Gopro camera and most of the photos that follow were taken by him, so you may see a marked improvement in quality from what you have been used to. 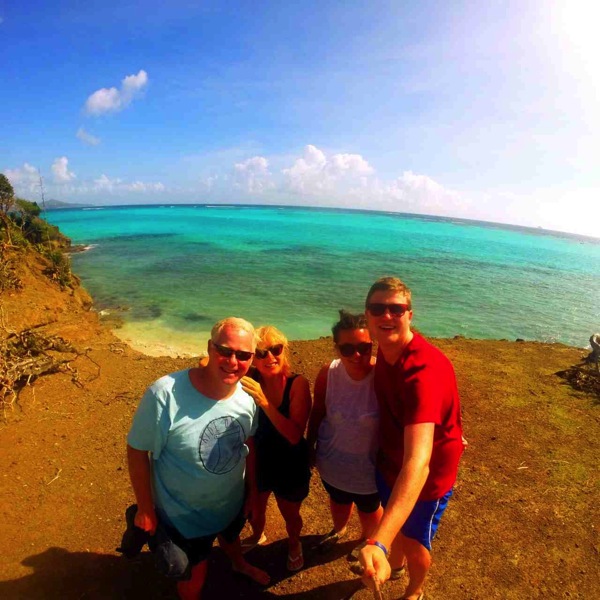 We spent a day on St Vincent, but it did nothing but rain. Warm rain admittedly, but we decided to move on and our first stop was Mustique, home to many A-list celebs and Wayne Rooney. It was beautiful, though as befits a millionaires’ playground, it is eye wateringly expensive. A loaf of bread and a couple of croissants cost over fifteen quid. 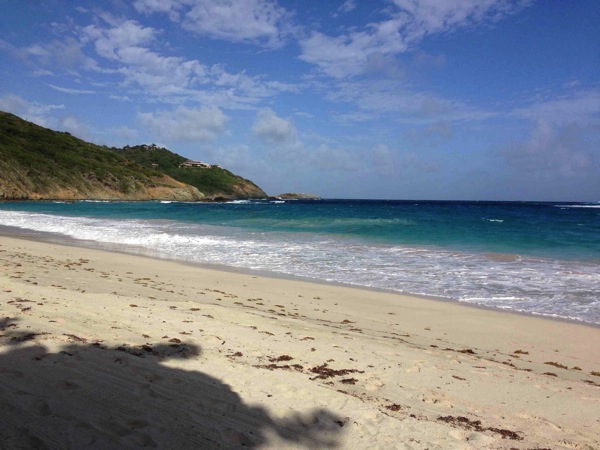 Not a lot of people know that Mustique is home to many dangerous creatures, such as the wild tortoise. 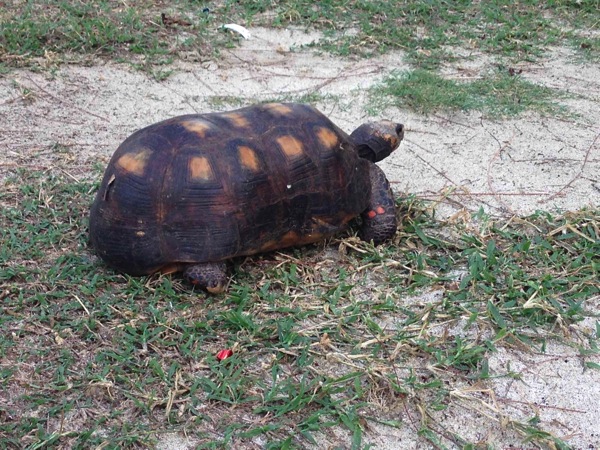 In the dark, it is easy to trip over one and give yourself some nasty injuries.

There are no ATM’s on the island, so after we’d shared an ice cream between us we needed to head to the nearby island of Canouan to get more cash. Besides, Wills and Kate were turning up, and we didn’t want them interrupting our holiday. 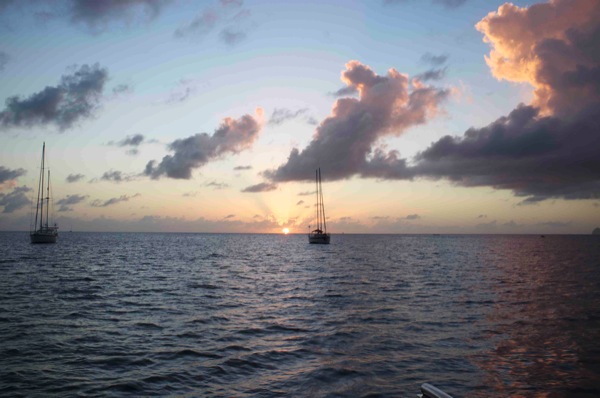 Next stop was Mayreau, which is the launch point for the Tobago Cays, and famous for the beach bar-b-que at “Black Boy & Debbies.” 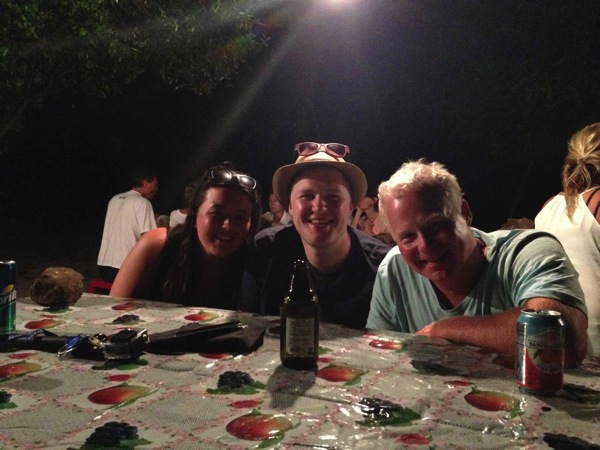 BARBIE ON THE BEACH

…and helmed us over to the Tobago Cays…

…where we swam with the turtles.

Of course, we had to visit an island called…

Next stop was Clifton, on Union Island, which was actually a bit of a dump, so we only spent one night there before we headed of to nearby Palm Island – which rather boringly was yet another little piece of tropical paradise.

I’ve just realised, we haven’t had any pictures of Lyn yet, so here’s one.

And then it was onto Bequia, just in time for the Bequia International Music Festival.

But alas, all good things must come to an end, and it was time for James and Emma to go back home to the cold, miserable English weather, while we set sail for Grenada.

But before we leave you a new feature on Boatblog. Yes, the much anticipated Boatblog Caption Competition.

What is the turtle saying?

Answers on the back of a ten pound note to the usual address. Or I suppose you could put them up as a comment.

Yo man for now

Welcome back Boatblog® Phanz (This Caribbean spelling is infectious.)

Indeed, I should say, welcome back to the award winning Boatblog site. Yes, my friends, we won the coveted prize for MOST VISITED BLOG SITE, during the ARC crossing. Alas, by some travesty of the system we failed to win “Best Blog,” but no matter. We got the people’s vote, and that’s what counts.

And Boatbloggers, that is down to YOU. (And in particular Alan who visited far more times than most, but that was mainly because he kept on getting cut off when he was trying to leave a comment.) So we accepted the award, which was pizza for two, not on our own behalf but on behalf of you ALL. Though admittedly we scoffed it by ourselves.

And apologies for the long radio silence. This is our first blog since we arrived on this side of the Atlantic, and much has happened since then. We have had lots of visitors, which has made it difficult to find the time to write, and it’s hard to find strong internet connections, but I think the real reason for the delay is that we have embraced the Caribbean holiday lifestyle, and we are just too chilled to worry about this sort of thing.

Our first visitors were Rory, Joe and Alice who came out just before Christmas.

It’s quite strange seeing Christmas decorations out when it’s boiling hot and you’re sitting out on the beach.

This is where you get your Christmas fruit and veg. 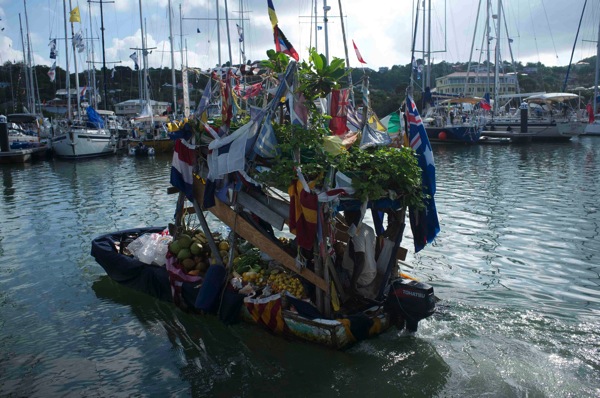 Though we spent Christmas and Boxing Day in a hotel. 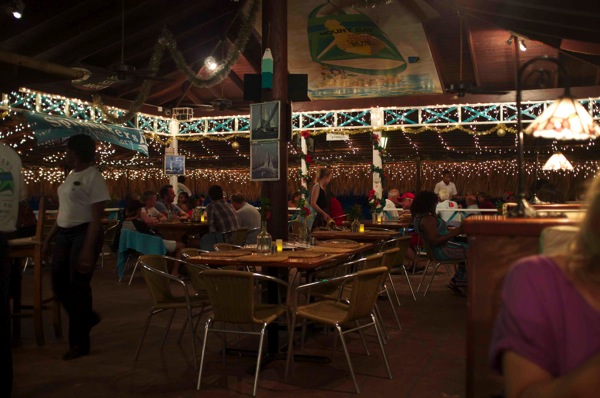 After Christmas we set sail for Marigot Bay, a few miles south. 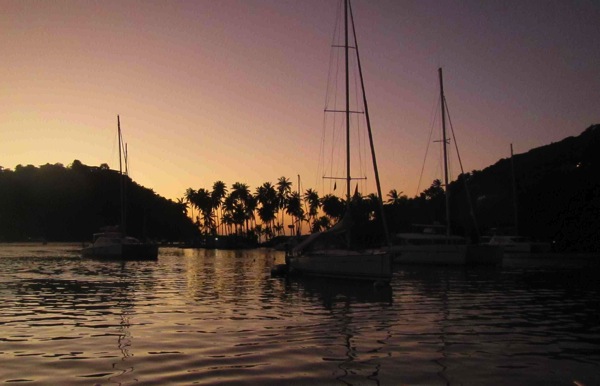 It really is the perfect tropical lagoon; palm trees, golden beaches, beautiful sunsets. All the usual cliches. And what’s even better is that it is right next to a thousand dollar a night hotel, and if you’re very nice to the security guard they’ll let you in to use the facilities. (Well it is Christmas.)

USING THE FACILITIES – IN THE INFINITY POOL

(I have no idea why it looks like our faces have just been stuck on to this picture. Rory was fiddling around with the settings on the camera, and this is how it came out. We were there I promise – we’re not just photoshopped on.)

IT’S A LONG WAY DOWN

We may have given the impression that it was Ju that went up the mast. In fact, it was Rory. 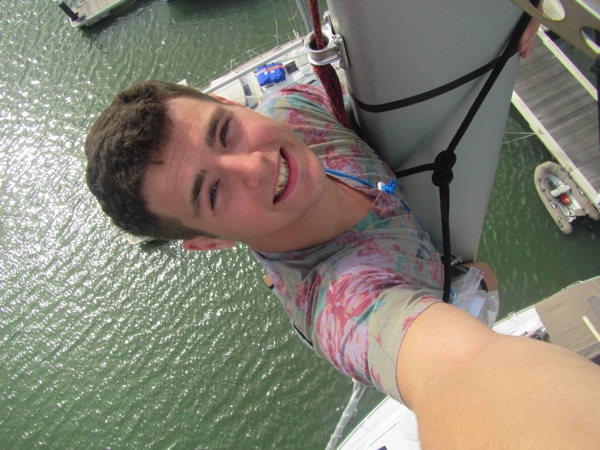 All repaired, we set sail towards Martinique for New Year. It was an easy crossing, but I think it is fair to say that Joe has yet to be bitten by the sailing bug.

Joe has a need for speed, which doing 6 knots by power of the wind alone does not satisfy. Waterskiing on the other hand…

JOE GETTING HIS SPEED FIX

Martinique is an island north of St Lucia, and actually a part of France. So the food is fantastic. But they speak even less English than a Parisian waiter, so we had to rely on Ju’s Franglais.

And of course, being France they eat all the weird bits of an animal that no true Englishman would ever touch. 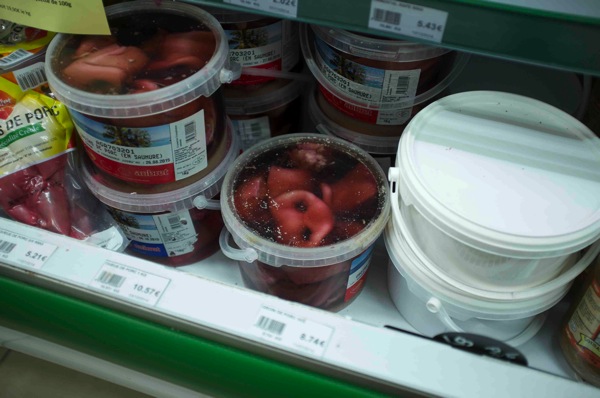 It is an absolutely delightful little part of paradise. 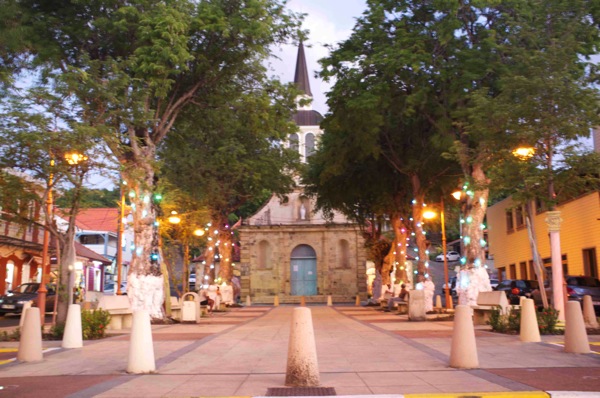 New Year’s Eve was at a little beach bar…

…even though the DJ had too much rum punch and forgot to announce midnight, and by the time he remembered he couldn’t find Auld Lang Syne so he did a reggae version of Jingle Bells instead.

But it’s not all been fun and games. There’s still plenty of business to attend to.

A HARD DAY AT THE OFFICE

…and it’s not always sunny.

SWIMMING IN THE RAIN

But alas time was against us, and it was back to St Lucia, so that Rory, Joe and Alice could get their flights back home.

And here is a picture of Joe.

And here is this episode’s arty farty picture. 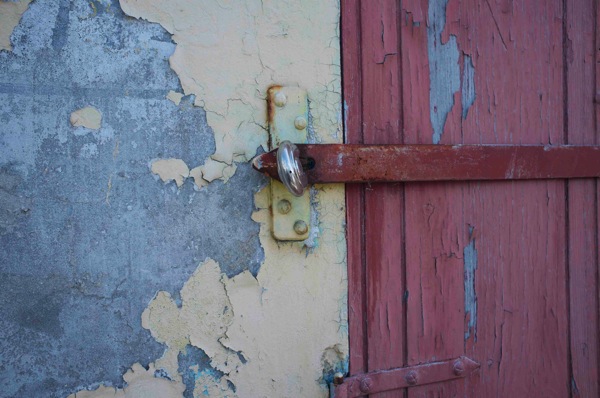 James and Emma are with us at the moment, so look out for the James and Emma blog coming soon. Available exclusively to theboatblog.com