Hello Boatblog fans, and welcome back for this week’s thrilling instalment of adventures on the high seas. Actually, it’s not going to be that thrilling because we haven’t left anchor since last week. So it’s going to be more like the average set of holiday snaps. But hey ho. Even Admiral Nelson had days off.

And thank you again for all those who have made comments or sent feedback, and for the likes on Facebook.

This week’s episode is called “Sea Gypsies, which is probably not very politically correct.  However, most yachting books refer to the type of  sailing that we are doing as cruising, but we thought if we called the blog “Middle Aged Cruisers,” it may attract the wrong sort of reader. So “Sea Gypsies” it is. And in it, we will try to give you some sort of an idea of what it is like to live on a boat day to day.

Mostly life at sea is very similar to life on land. You still take a taxi…

…and just like London, they go way too fast and frighten the passengers. (Sorry Danny) 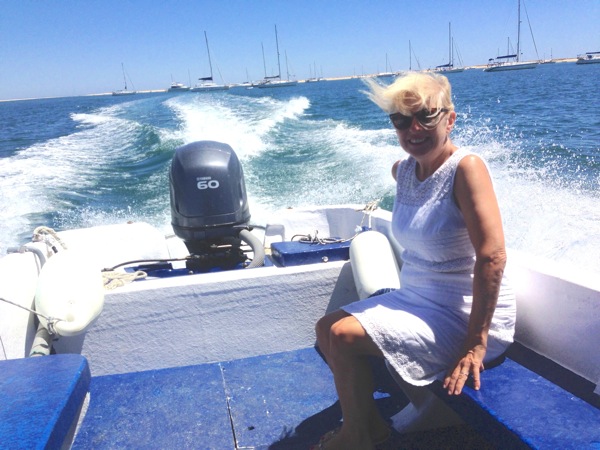 You still need bread…(and this is boat baked bread – by a Frenchman, so you can imagine how good that is) 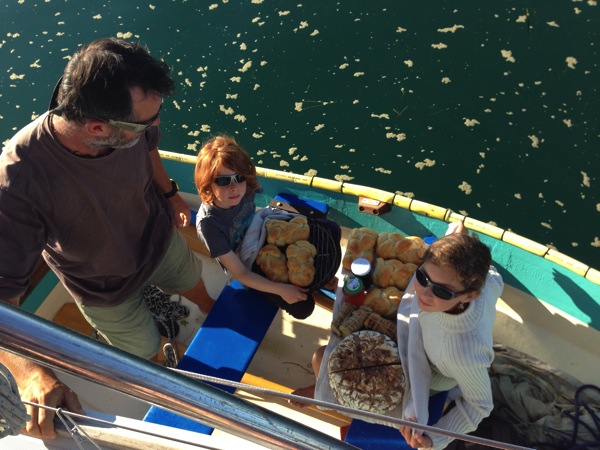 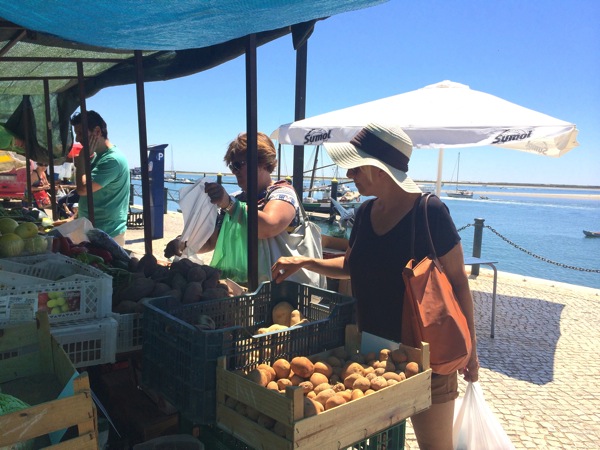 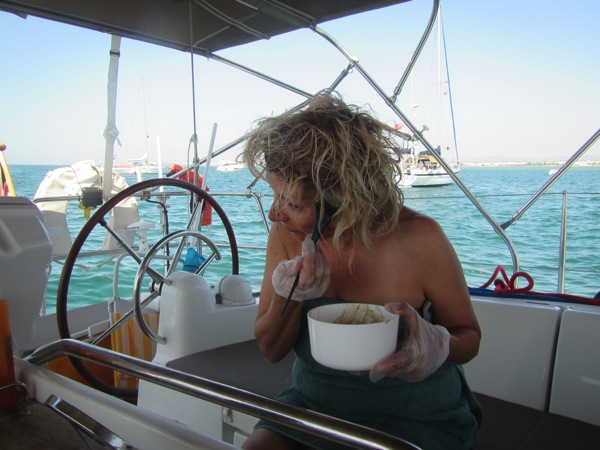 …and do the laundry…

…before popping over to see the neighbours for drinks in the evening.

With TIM & GAIL on their ketch, “WILD BIRD.”

Which is all very tiring, so it’s a good job that Lyn finally found a use for the spinnaker pole. 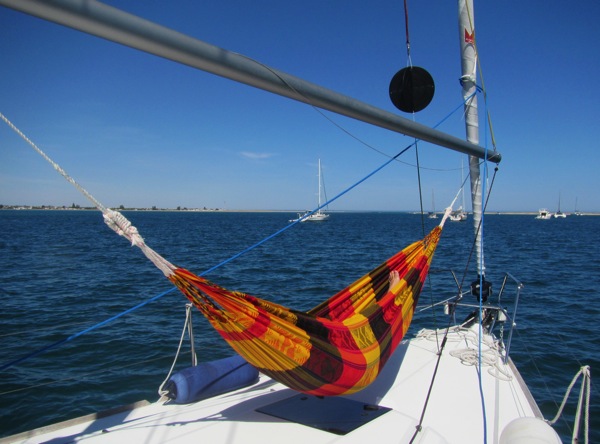 But it’s not all hard work. We were lucky this week, because our visit to Olhao happened to coincide with the Festival du Marisco, which bills itself as the WORLD’S LARGEST Shellfish and Music Festival.

Now we haven’t been to that many Shellfish and Music Festivals, but it looked pretty big to us. 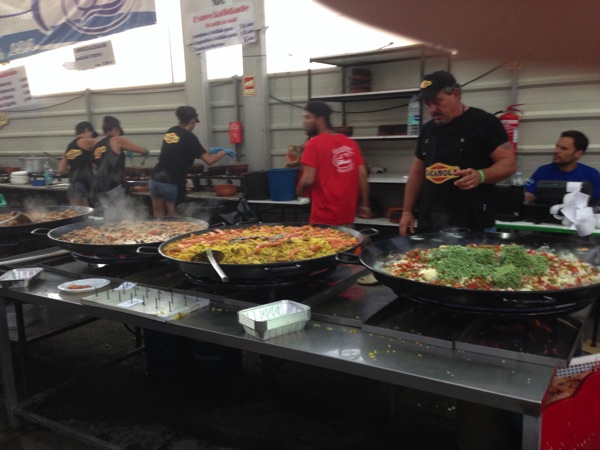 LIVE AT THE SHELLFISH & MUSIC FESTIVAL

They said it was going to be Sole Music, but I thought it was more Clam Rock. (Ha ha ha!  Genius!)

And this week’s Arty Farty Photoprize goes once again to Lyn for her work entitled “Street.” This is in Faro, which you thought was a horrible Benidorm sort of place, but in fact is a delightful old Portuguese town. And we’ve got hundreds of photos to prove it. But we thought we would spare you all that. 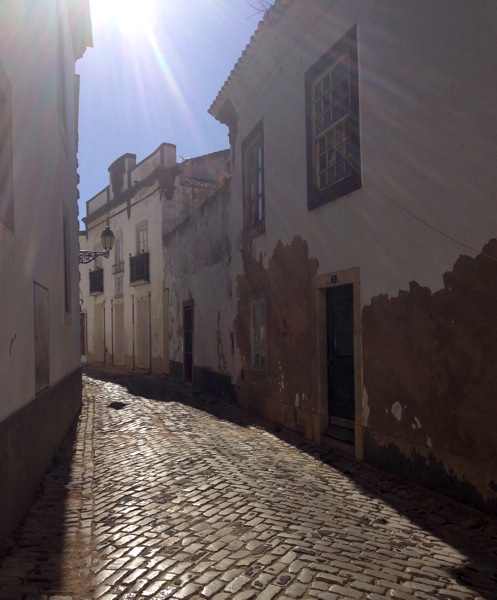 And now we are getting the boat ready to move upriver to Faro town itself, to meet Rory and Joe who are arriving at midnight tonight for a week of intrepid sailing. Or lying on the beach. We haven’t quite decided yet.