Welcome back to another exciting edition, this time coming to you live from Nanny Cay in the British Virgin Islands. To be honest, we hadn’t expected to be here for so long, but we have been waiting for a “weather window,” that would allow us to sail over to Antigua where we are catching our flights home for Christmas. Unfortunately, the wind has been pretty strong, and going in exactly the wrong direction, so we have been stranded here, forced against our will to while away long hours in beach bars supping cocktails.

But it hasn’t all been idle time wasting . We attend self improvement classes in yoga…

But fortunately, still manage to find time to go for lunch with friends. 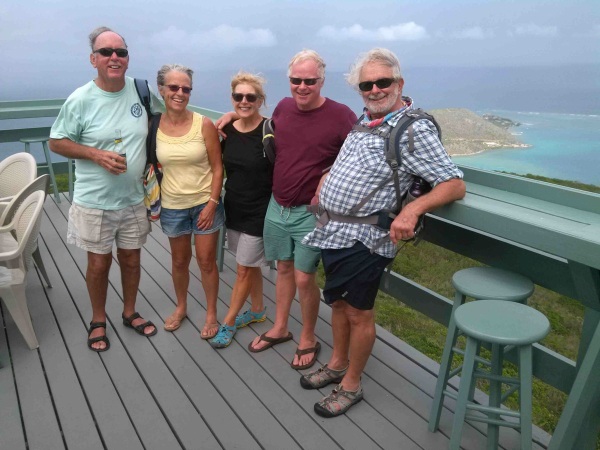 At  Hog Heaven, with the Captain & Crew of Second Wind (Left to Right, Howard, Hope, Lyn, Ju and Ed). Not only are they justifiably famous for their barbecue ribs, there is a breathtaking view too.

The red arrow is pointing to Domini. And that’s Richard Branson’s place, Necker Island, in the top left corner. (Apparently they are called The Virgin Islands after his record company.)

But our thirst for adventure was growing, so we decided to go SCUBA diving. We dug out our PADI  diving licences, which have barely been used since we qualified…

Who is this boy? 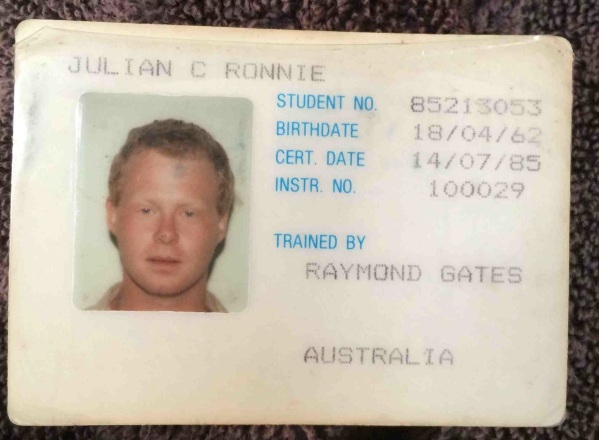 Check out these glasses…

…and booked ourselves onto a dive boat.

At first we didn’t know our air supply from our elbows, but it wasn’t long before it all came flooding back, and soon we were jumping in with complete confidence…

…even if the instructor did look a bit worried.

Next it was Lyn’s turn….

It may look like she’s wearing a Santa hat, but that’s actually the dive flag.

Soon we were pulling ourselves down into the depths. 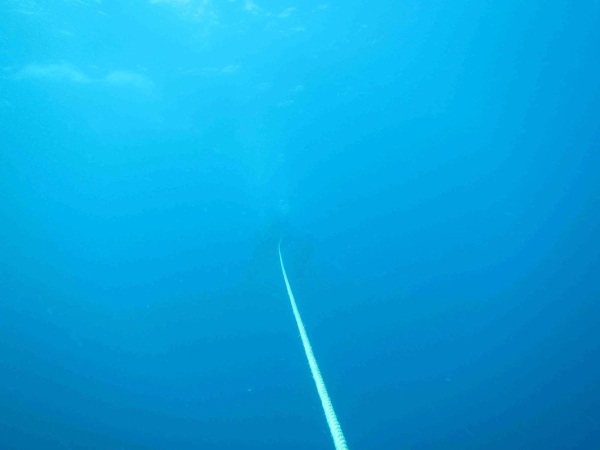 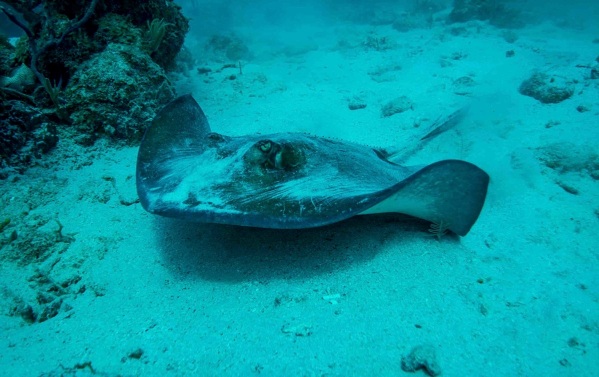 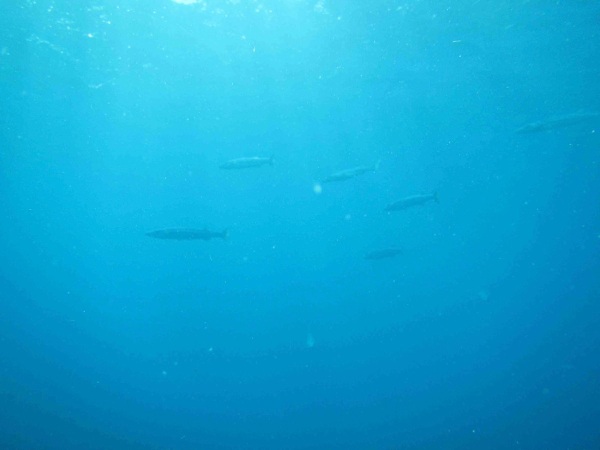 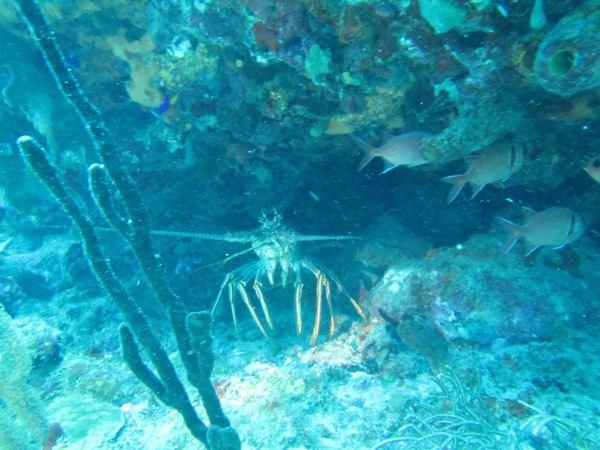 But most exciting of all…

Now before you start panicking, this was the most friendly shark you could ever want to meet. 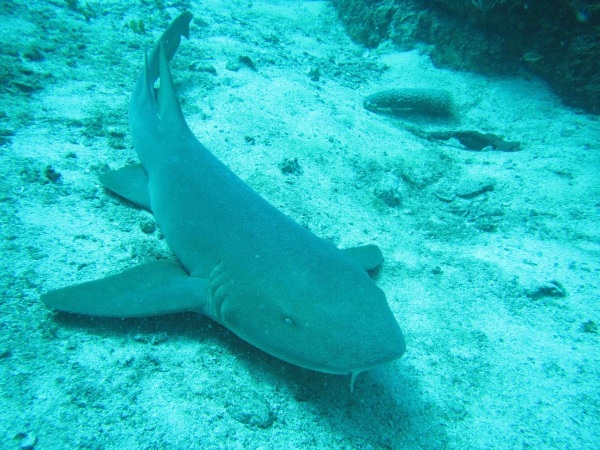 It’s a nurse shark, and apparently they don’t have much in the way of teeth. If ever Spielberg was going to do a movie sequel, he’d have to call it  “GUMS!”

It was quite happy just swimming around us. 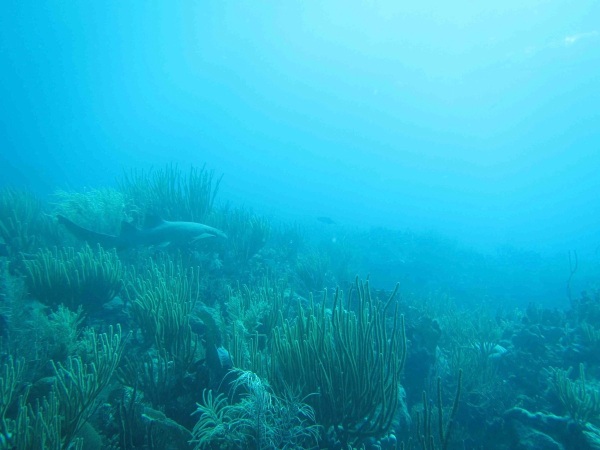 The coral is pretty too.

All too soon it was time to return to the surface.

Just have to get past the Giant Tarpon… 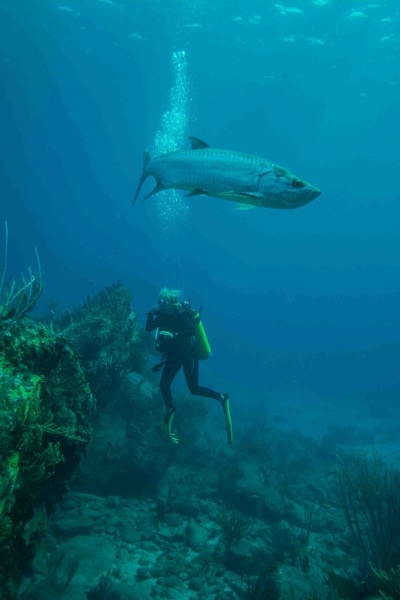 …and the killer jellyfish. 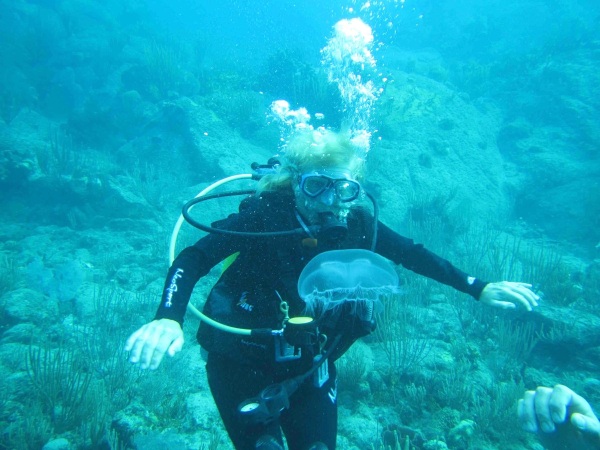 This edition’s arty farty prize goes to marine photographer Devin, who came down with us.

Thanks to Kay and Ben at Sunchaser SCUBA who dived down with us, and reminded us how to do it.

That’s all for now Boatblog ® fans. We’ll get back to the exhausting work of waiting for the weather window.