Yes boatblog ® fans, we have found the New World,

Even the dolphins are bigger in America.

The natives seem friendly, though they have unusual customs, and speak a strange tongue. It is similar to English, but they say boo-ee for buoy,  chips are crisps and fries are chips, fenders are bumpers and bumpers are fenders, cars run on gas and on the VHF they keep calling me Roger.

Not only that, their boo-ees on the wrong side. Everywhere else red buoys are on the left and green buoys are on the right. Not in the good ole US of A. Red Right Returning is the system over here. And they use 110 volts, which if we plugged our boat in would fry our electrics. And the charts are still in feet and fathoms, not the metres we are used to.

But lots of fun.

We are in Norfolk Virginia, which is just on the border of being “The South.” And it is just how you’d expect. Southern Hospitality is for real. The folks down here are soooo friendly and helpful it is hard to describe. Gary and Greta from the Ocean Crusiers Club have allowed us to use their marina slip for free (not to mention do our laundry and helping with fixing the boat), people we have only just met will invite us out to dinner, and if you are seen walking anywhere folks will stop and offer a ride into town.

NBFs in Norfolk VA. Jim, Ju, Lyn, Kitty, Bentley and Scott. Scott & Kitty have sailed round the world twice, and Jim & Bentley are musicians. We had a mini jam session on the boat.

They really do have houses with the Stars & Stripes flying, and rocking chairs on the veranda. 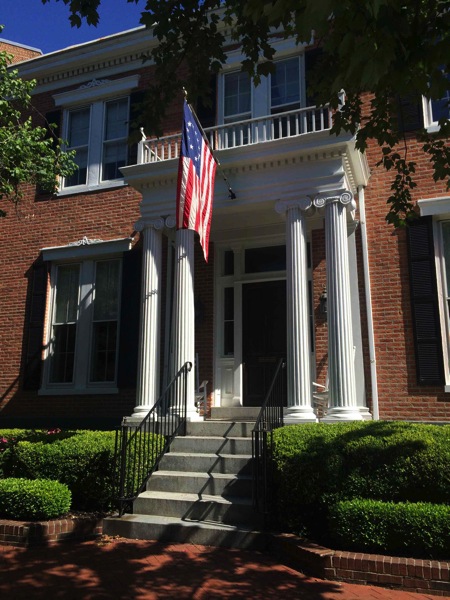 Next we went over to Greensboro in North Carolina to see our friend David Taylor and his wife Kim and their two grown up sons Christian and Scottie. 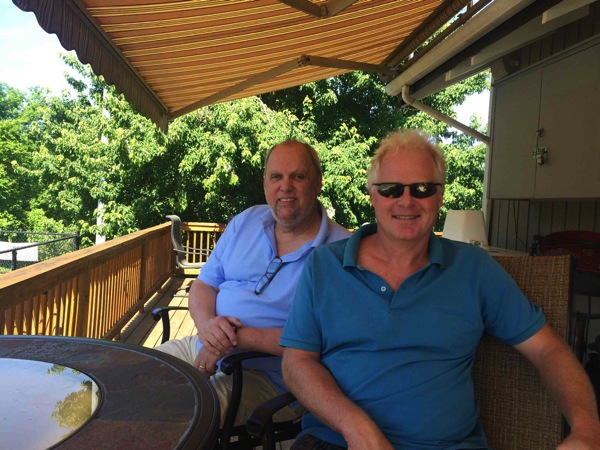 …and we came back through Washington DC, where we did all the usual sights that as a tourist you just have to do.

The biggest shock about Washington was that it was cold and RAINING!  We had to put our coats and trousers on for the first time in months. And we even bought an umbrella!

Then it was back to Virginia Beach, and the sun.

And now we’re getting the boat ready for the next leg which is up to New York City.

One thought on “We’ve discovered America!”